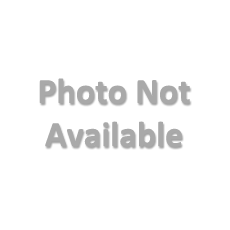 HEROES AND VILLAINS WANTED! You can become a hero and save the world from any number of dangers - make a legend of yourself and keep the universe balanced toward good.Or you can align with the greatest of evils - take your choice, there are a few - and attempt to enslave the entirety of the world-spanning Empire at the side of the greatest evil.

So why play ATS? Lots of reasons!

The world is custom with layers upon layer of lore that is actively being discovered by characters. This is a lively, dynamic world where the characters (and players) influence the actual gameworld with their actions. It takes dedicated and caring staff to do that, and ATS has some of the best I've ever seen.

Roleplay is required, and race as well as societal issues can be conflict sources. However, that doesn't mean you have to sit around for hours doing things to advance. To ensure that players can impact the world, as mentioned above, dedicated "Roleplay helpers" - non-staff member volunteers - experience the game by helping other players attempt to fulfill their roleplay goals. Good and Evil are supported about equally.

A recent example of this: Two PCs took a relatively mundane treasure item with unique flavor (a hydra egg). They put it in a place saturated with the magic that flows through the world (essence).Overtime, it hatched into an odd bug. The bug ate the magic essence and soon evolved a bit. Other types of these essence bugs appeared - all devouring sources of essence. Several notables did different things like: trying to kill them, trying to feed them essence from a variety of sources, tried to subvert them to their power. Several incidences occurred.End result of this: a new player character race (gremlins) were born of these bugs. About half of this PC race follow another PC as a Prophet of a God because of his action during that time - and he himself follows an Ancient (very evil) God that no one else follows (openly).Also, an essence-infused race - Indago who are hauty and good with magic - were a primary target as a food source during that time, and there exist serious racial conflicts there.

This game has incredible, in depth mechanics. On the player side, generally everything seems to work incredibly smoothly, and when issues are encountered staff very quickly resolves them. On a back-end side, everything is custom. Everything. The game is still growing and expanding, and players have DEEP input into how the 'game' should work.

Combat and magic are complex, there's no 'autoattack' bs here, this is all controlled and with relatively fine-grained controls: You'll have to switch up your attacks to manage your risk exposure, balance stamina and other 'point' pools. That being said, it's not so difficult that casual gamers can't enjoy themselves. Someone in the discord can help you learn to set up effective aliases.

There are an array of unique races with their own dedicated, thorough Lore. Each race feels different from the others - lizardfolk, high magic users with purple skin, dragons that grow over time, and several really interesting races that can only be unlocked through gameplay and roleplay. Many options here, and each has unique mechanics (not just stat adjustments!). Some races - dragons and the mind-elves known as Ethari - do not join classes. They're just that badass.

Class options are intense here, too. Every class is actually two subclasses that have definitive styles and very different abilities and 'roles'.

Magic is especially complex with several types of magic users whose capabilities are very diverse - enchanting and learning new magics to imbuing items with powers or simply calling a storm of fire down on enemies. Some of the classes are incredibly difficult to play, and are only for the advanced - which I absolutely love.

Max level is 100, at which point several late-game systems become available: you can give yourself new abilities and extend the skill level of current abilities. Up to level 100 contains a material 'grind' for weapons and armor, after that are other grinds for materials and components for the late-game content.

Along the way to 100 several unique and interesting gameplay systems open up - class specialization, attribute development, new abilities unlock continually. There is no time while playing ATS that you feel 'stagnant' as a character. Sometimes, the world being tough, you're struggling to catch up - unless you build social ties!

There is so much I haven't mentioned like player housing, the opportunity to become a player merchant, unique roleplay opportunities to advance your character, and non-formal player organizations that are just waiting for someone to formalize.

The game just opened LIVE 2 months ago, but it's been being played for 6+ years in development ... and there are still areas that no one has ever discovered, and new areas being explored and discovered pretty frequently. Come join us!

evil_this Top 10 Reviewer 1 reviews
Report this review Was this review helpful to you? 7 0